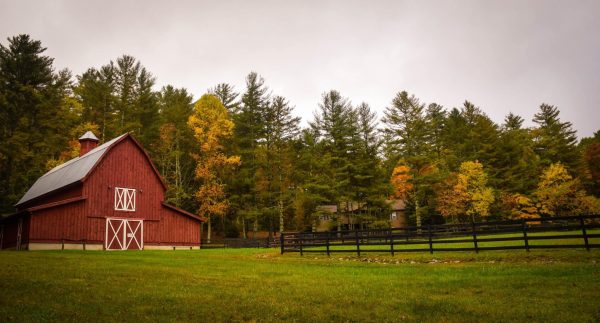 Farming is one of the most productive and impactful professions in the world, and as such, there are a lot of

misconceptions surrounding the industry and the people who work in it, farmers. Many consumer misconceptions arise as a result of mistrust and a general lack of information. There are many misunderstandings and

confusions surrounding the industry and while some of them are hard to debunk, we’ll do our best to bring more clarity and challenge some of these common misconceptions as well as  provide an explanation for why they don’t hold that much weight. Happy reading!

Farmers Don’t Work in the Winter

You’d be surprised to learn that for many people, it’s quite common to assume that farmers don’t get much work done in the winter months since it’s mainly cold and snowy. Well, the reality is much different because farmers actually get a lot of work done in the colder, winter months. Farming and agriculture are possibly the most important industries in the world so it’s difficult to imagine things slowing down too much at any point during the year. In addition, most of the tasks that farmers are responsible for during this time ranges from transporting grain, to maintaining and upgrading machinery (tractors, combines, field sprayer systems, and subsoilers), to budgeting and performing financial forecasts the following year.

There’s no doubt that in recent times, the industry has gone through a host of drastic changes with the growth of technology. Overall, technology has done a lot to both help and hinder labor and food production in farming. In a world filled with drones, tracking systems and self-driving vehicles, it’s hard not to imagine farming being completely automated today. However, not every farming operation is a large-scale one and not every farmer has the budget to implement a fully automated operation. Many farms are still family run with a focus on feeding their families and their communities.

Another misconception is that farmers don’t get to have any fun doing their jobs. Farmers work hard but they also leave room for themselves to have fun doing their jobs. On the surface, the typical opinion of farming isn’t one of glamour but many farmers are in it for the love of what they do and their passion to feed their communities with fresh, healthy crops and produce.

While not exactly full on farming, gardening is also a fun little exercise that can help kids and adults to be creative, learn about the benefits of fruits and vegetables and be better connected to the foods they eat. You can read more about why in this nicely summarized article.

This one misconception cannot be further from the truth. Farming takes a lot of smarts and farmers actually need to have a certain level of education in order to perform their duties effectively. Most farmers today have extensive knowledge of science, microbiology, business, forestry, and the environment. Farming is arguably one of the most underrated professions when it comes to education but from the list above, it’s clear to see just how skilled and knowledgeable one needs to be in order to be a good farmer. Farming and agriculture make up a large part of many economies so it makes sense that the people who are involved in the industry day to day are very skilled at their craft.

The increase in the use of genetically modified seeds and crops has brought with it differing (mostly polarizing) opinions on how people feel about the use of GMOs versus organic crops. Although certain GMO crops have been engineered to better resist pests doesn’t mean that organic farming is all of a sudden unsustainable. According to this article, there’s also a misconception that organic farmers shy away from using technology instead preferring to use traditional farming techniques over modern methods. Farmers who favor organic still merge a little bit of technology for efficiency.

With this post, we’ve picked some of the most common misconceptions associated with farming and tried to challenge them with as clearly and succinctly as possible. If you take the time to speak to farmers in your community or spend some time observing what it takes to run a farm, these misconceptions become strange to hear. The next time you hear mistaken beliefs about the industry take some time to investigate and research before coming to hasty conclusions. In addition, this report by the Canadian Federation of Independent Business does a good job of debunking other misconceptions about agriculture that Canadians have like the agriculture sector shrinking, agriculture not being innovative, farming being unsustainable, and farming moving away from family businesses and toward corporate operations. The report is a very good resource and is certainly worth a read.

Have you ever thought about what the world would be without farming and agriculture? That’s probably a tough scenario to imagine because of how reliant the foods we eat are on the industry. Also, as many economies are dependent on farming and agriculture it also makes it hard to fully accept just how many misconceptions there are out there are about farming. How then can we avoid hastily believing further misconceptions? The first step is to pay close attention to what the other side is saying, which in this case would be the farmers. Taking the time to truly understand their perspectives and their day-to-day will shed more light on what it takes to be a farmer and what is really involved in farming. The next step is to evaluate the credibility of the source of information as this play a role in how well we judge it. Finally, a follow up to the other points, do some research because it teaches us to take responsibility for the information we consume. By following these steps, you’ll find that not everything that is said about farmers and farming is in fact accurate or relevant.